Everything you must know on a cruise to the port of Split in 2022: where is the port and cruise ships dock, things to do, shore excursions, sightseeing, how to get around and explore on your own.

The port of Split (in Croatia) has a good number of cultural attractions a stone's throw away, such as the Diocletian's Palace or the Saint Domnius Cathedral, which are within walking distance from where cruise ships dock or the tender-boats moor when anchoring.

The heart of the Split is a pedestrianized UNESCO World Heritage site. However, less than a 1-hour drive from the cruise port there are also fabulous destinations not to be missed.

In particular, the Krka River National Park with magnificent waterfalls, the roman city ruins of Salona, the historic towns of Šibenik, Trogir, and Primošten. And the mighty Klis fortress made famous by the Game of Thrones series.

Split is one of the most visited cruise ports of call in both Eastern and Western Mediterranean itineraries during the Spring-Summer season, with as many as 360.000 passengers and over 282 cruise ship visits in 2019.

The cruise port of Split has a very appealing character, the historic area is very clean and immaculately kept. On the whole, Split is perfectly safe. The local population is friendly, pleasant, well mannered, and speaks English very well.

For those cruising with families, there are just a few enjoyable things to do. Cruise passengers with disabilities or with walking difficulties will find it relatively easy to wander around in Split on your own.

Where is Split and cruise ships dock

Split, in Croatia, is the country's 2nd city with a population of around 250,000 urban residents. The city is located in the Dalmatian region, on the picturesque West coast of Croatia, on the Eastern shore of the Adriatic Sea, 140 miles (229 km) north of Dubrovnik.

The cruise port in Split is very close to the heart of the historic city center. Depending on the pier where the cruise ship docks the distance is between 0.5 mile (800 meters) and 0.7 mile (1,000 meters).

Ships dock on a medium-sized mixed (ferry and cruise) port with 3 piers, perpendicular to the coast, and quays for up to 6 cruise ships to berth.

If you read in less accurate port guides that cruise ships anchor in Split be aware that those reviews are outdated. In fact, it seldom happens that there are over 6 cruise ships in port and tendering does rarely occur.

Because the cruise port is at such a close distance from the historic city center of Split, neither the port authority nor the cruise lines provide shuttle buses.

The cruise port in Split doesn’t have a terminal building. However, cruise travelers will find on the pier, close by the ship's gangway, the following services and amenities:

Outside the port gates, there are will also many other services and amenities such as:

Things to do in Split cruise port

Split is an extraordinary port of call for cruise travelers interested in historic and archeologic sites, unique museums, religious sites, and Jewish heritage.

If you appreciate breathtaking scenic sights and magnificent natural wonders, there are a couple of sites not to be missed.

Cruise passengers will have the opportunity to savor local flavors and cuisine. And there is plenty to shop for those that like to look for local souvenirs and regional crafts.

Finally, Split is a great cruise port if you typically prefer hop-on hop-off sightseeing, and exploring on your own on foot.

As much as the Old Town has very interesting sites, cruisers should also look into other major highlights close by.

The historic squares and streets in the Old Town of Split are a delight to meander, contemplate, and enjoy people watching. Many have remarkable historic buildings, landmarks, and monuments that should not be missed.

Split doesn't have one single large museum but, by contrast, the city has a good number of small interetsig museums and art galleries that are woth exploring.

How to explore Split on a cruise

Due to the Coronavirus pandemic cruise travelers may only be allowed to explore Split on a shore excursion. Regardless of public health concerns, shore excursions are always advisable to discover destinations that are farther from the cruise port and considerable time consuming to properly explore on your own or using public transportation. In one word, there are 3 possible ways to discover Split:

Discover Split on your own

Cruise passengers that prefer to explore Split on your own and/or on foot will find many attractions nearby, a few sightseeing services and good public transportation.

In the port of Split, cruisers will find a few good sightseeing tours by bus, train, TukTuk, rickshaw, or bike.

What's within walking distance and nearby

Cruise passengers that like to explore on foot will find close by port the following attractions:

How to get around and transportation in Split cruise port

For those that want to discover attractions farther away but without tour guides, there a few good ways to travel aeround such as:

Croatian is the official language, but English is widely spoken in all the tourist areas and sites. The English-speaking cruise ship passenger will not have communication issues when going to a historic site, museum, shop or restaurant.

Safety, US travel advisory and basics

For comprehensive and updated information about traveling to Croatia see the U.S. Department of State website page evolving advisory.

Split Basic Info at a Glance 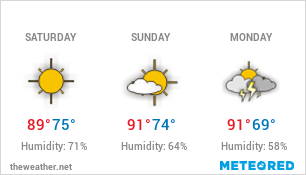 Discover other reviews and port guides near Split, and in the Mediterranean.

Other cruise port guides in the Mediterranean

The information on this page was accurate when last updated and published but changes may have occurred without notice.
It is advisable to confirm details with local tourist information before planning your cruise, tour or excursion of Split Cruise Port.
If any inaccuracies are found or if there are any suggestions to improve the content of this page please let us know.

© 2022 • INDEPENDENT QUEST LLC • Florida - USA. All Rights Reserved
Duplication in part or whole without prior written consent is prohibited by international laws.